Do I really need a racing oil?

Racing oils offer significantly more robustness against heat and wear than their counterparts. Most street oils are highly refined, hydrocracked oils (Group III) which have only been known as “synthetics” since Castrol introduced Syntec in 1999, and won against a claim brought about by Mobil 1. As a result of that, virtually all “synthetics” are now Group III, which are significantly less expensive than true, fully synthetics. PAO (Group IV) and Ester (Group V) are much more suited to a racing environment.

Is ester the best type of base stock?

Ester is but one type of base stock in a good, high quality race oil. While ester is a popular term from a marketing standpoint, too much can create problems. As ester is polar, too much can prevent the ZDDP from depositing on the surfaces of the engine, meaning it wont be able to do its job. The experts at Millers have found the optimized amount of ester base stock is in the 12-15% range. Some of our competitors use no ester, some use as much as 20%.

How much zinc (aka ZDP or ZDDP) does Millers have?

The Nanodrive race oils contain approximately 1100 ppm of ZDDP. This compares to as little as 600 ppm for street oils.

How much ZDDP should the oil have?

Opinions vary on this, but more is NOT better. ZDDP works by depositing a thin coating on slider surfaces, such as a lifter, which is then wiped away. If too much ZDDP is present, the surfaces will lead to a buildup, as what is deposited cannot be wiped away. This leads to a parasitic drag, and a loss of power. 1300ppm is the upper limit we feel useful, an opinion shared by many professional race engine builders.

What is Viscosity Index?

Viscosity Index, or just VI for short, is a unitless number that describes the relationship in viscosity between the lower number (before the “w”) and the higher number. Generally, the greater the difference between those numbers, the higher the VI will be. For example, a 10w50 will have a higher VI than a 20w50.

Is a higher VI always better?

NO. This is a myth that has perpetuated the market recently. There are two ways to increase VI: high quality base stocks and VI improvers. In order to obtain extremely high VI numbers, e.g. 200 or so, oil companies will have to rely on VI improvers, which are basically dissolved rubbers (such as butadienes and PMA – poly methyl acrylate). While many multigrade oils contain some VI improvers, they introduce a failure mode that is not seen with higher quality base stocks. VI improvers can shear down, which will cause a loss in viscosity of the oil. So when a race oil with a very high VI must be changed very frequently, it is likely because VI improvers are used to obtain a high VI, rather than high quality base stocks. Millers Oils uses as little VI improver content as is feasible to obtain target viscosities. As a result, the oil’s viscosity is maintained even after long periods of harsh conditions. Again, referencing our case study, 17.5 hours and 1700 race miles on a single oil fill, the viscosity of the oil was maintained to a level of 96% of the virgin oil’s viscosity.

What does nanotechnology do for the engine?

Nanotechnology reduces the coefficient of friction of sliding surfaces in the engine, improving durability and increases usable power. During manufacturing, surfaces have micron (0.001mm) sized high and low spots created by machining and polishing. These asperities are sheared off in a running engine, which is observed as wear. Nano (0.000001mm) sized particles are significantly smaller than the high and low spots, which allows them to fill the low spots and act like billions of ball bearings, which reduces wear on the engine. Additionally, this reduction in friction frees up power for more useful purposes.

Can I just run a thinner oil to pick up power?

Oil viscosity affects viscous friction, not sliding friction. Think of the work the oil pump must do – it is easier to pump thinner fluid. However, the tradeoff is reduced protection as the oil film becomes thinner. Additionally, oil viscosity does not reduce friction in boundary lubrication conditions, which is at the edge of the oil film, such as when the rings approach top and bottom dead center as the piston changes direction.

What viscosity should I run?

At present, we recommend maintaining your existing strategy for oil viscosity. Millers’ Nanodrive oil has shown to have industry best oil film thickness (Dyno and Friction tests), which along with the nano particles, will provide better protection within a given viscosity range. We are currently evaluating the level of protection offered from a lower viscosity Nanodrive oil compared to higher viscosity competitors’ oils.

How often should I change my oil?

The best way to determine this is to sample your oil. Some of our competitors have little to no additives, which forces changes after every event. A strong additive pack will improve the oil’s durability, enabling multiple events between changes. Some other competitors rely on VI improvers to increase VI, rather than good base stocks. This strategy will also drive more frequent changes, as the VI improvers will shear down and the oil will lose viscosity more quickly. Millers has a very robust formulation that will yield prolonged life. Over the course of a 7 month race season in 2012, we sampled oil from our 996 race car, which ran 6 events in both PCA Club Racing and Pirelli World Challenge Racing, with over 17.5 hours, and the oil showed no significant signs of degradation. TBN remained strong, there was no loss of viscosity index, and HFRR tests still showed very strong results (CFS 5W40 NT Case Study on Longevity).

Can I use your race oil in my street car?

YES. Millers Oils race oils have an additive pack that exceeds minimum API SM standards. Additional ZDDP is added for additional engine protection, which causes the phosphorus content to exceed the maximum allowable for SM ratings for 0w20 and 0w30 oils. The 5w40, 10w50, and 10w60 viscosities meet API standards, which do not set limits on 5w40 and thicker oils.

Why was ZDDP content lowered with API’s SM rating?

What precautions should I take related to ZDDP in my street car?

If your engine consumes oil at all times, we’d recommend running a higher viscosity oil to alleviate the issue. If your engine only consumes oil on the track, there is no cause for concern. Poisoning can be reversed by running the cats at high load and high temperatures – precisely the conditions it sees at the track!

Okay, so do you recommend your race oils in my street car?

At this time, we recommend using the kind of oil specified in your owner’s manual. If that oil is a 5w40 or thicker of any API specification , then by all means, use our CFS line of oils! If the oil is an SM or SN rated 5w30 or thinner, we would recommend you obey your local traffic laws such as the speed limit.

What does Nanotechnology do for my transmission and differential?

As with the engine, the surfaces of the gears have small surface features which wear away over the operation of the gears. The nano particles will fill the low spots to help reduce the wear of the high spots. Additionally, the nanotechnology in Millers Oils is much more durable than more commonly used high pressure additives from other products on the market. As the gears mesh, the additives in other oils will shear, which produces heat. The nanotechnology in Millers Oils alleviates this shearing, which transmits more power to the driven gear, and helps protect the gears as well.

What is the difference between LS and non-LS oils?

LS oils have a limited slip additive to help aid the differential release, and avoid chattering. This is an occurrence that only occurs in clutch type differentials. Torque biasing differentials such as Torsen and Quaiffe do not have clutches that release, therefore will not require it. LS oils are typically specific to differentials, and not transmissions.

I have a synchronized transaxle with a limited slip differential, what should I use?

It depends. Generally, if you drive a dedicated track car, it is best to not use the LS oils. After conversations with transmission builders and manufacturers of multi-plate and single-plate type aftermarket limited slip differentials, we have come to believe that this is the best strategy to use. In a racing environment, the oil will get hotter than it will on the street, which will reduce the need for a friction modifier. Additionally, a street car will see more slow, small radius turns, which will put a greater need on the differential to release. Similarly, an autocross car will likely benefit from an LS modifier in its gear oil, as well.

What about a limited slip differential in a race environment?

As with a transaxle, in a racing environment, multiple LSD manufacturers have recommended to us to not use an LS modifier in a dedicating race application. Otherwise, a street driven or autocross car will benefit from an LS modifier. 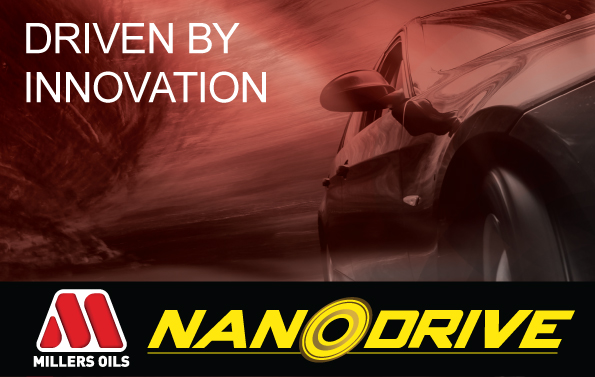